Bivocational ministry, or the idea that pastors work part time at the church and part time elsewhere, is entering Canadian church budgeting conversations more frequently due to the decline of church membership and the resistance of Christians to traditional ideas of tithe. 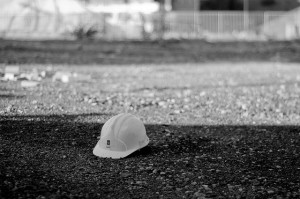 But is a money crunch the best reason we can offer for bivocationalism? Perhaps if we consider a positive point of view, we could see bivocational ministry as a Bible-based opportunity rather than a financial obligation.

There’s no denying that working two jobs is hard. Pastors who choose to devote only part of their workweek to a church while also concentrating on a position in the marketplace or elsewhere in ministry have their work cut out for them. All pastors, whether full or part time, run the risk of loneliness and burnout unless proper boundaries and clear expectations are set from the beginning. So why would anyone choose the additional burden of a second job when the first job is so demanding?

Andy Lambkin, a pastor and researcher with the Christian and Missionary Alliance Church, suggests several reasons why every pastor should consider taking a second job:

1. Bivocational ministry shrinks the clergy-lay divide.
Peter called the Church “a royal priesthood, a holy nation” (1 Peter 2:9), but we undermine that principle by idolizing our pastors and church planters and expecting them to do all the work. When pastors become bivocational, the differences between their lives and the lives of their congregants—as people working and serving the Lord in all they do—start to disappear. And that’s a good thing.

Also, the fewer hours the pastor works, the more room there is for the laity to step up into leadership. Andy himself started as a full time pastor but has been slowly scaling his hours back to allow his team of leaders space to develop in ministry prowess.

2. The bivocational approach in church planting is an opportunity to inspire the millennial generations to leadership.
A model that allows pastors to pursue the development of a new church as part of a team, while also staying connected in their professional fields, will appeal to a demographic of apostolic, entrepreneurial young people that are often turned off by traditional methods of pastoral ministry.

3. The bivocational method of hiring staff opens up new avenues of ministry. Whereas in a traditional model we often forfeit groups that are unable to support a full time worker, bivocational ministry opens these doors as other streams of revenue are used the support the worker.

4. Having another job gives pastors credibility and influence in a broader circle.
It’s true: many pastors are disconnected from the world around them and frankly have very few interactions with people outside the Church. It’s life-giving for both the congregation and the pastoral staff when ministers can give examples from their own lives of

5. This isn’t a new idea.
The Biblical precedent for workers in God’s Church is one of bivocationalism. Paul was a tentmaker on-and-off throughout his church planting days, and actually went into business with the husband-wife pastoral team of Priscilla and Aquila in Corinth (1 Corinthians 18:1-3).

And even in our own country, I imagine that all pastors by necessity were farmers, cowboys, doctors and teachers as they settled the wild West.

Bivocational ministry doesn’t mean shoving a pastor’s job into half the hours. It goes back to realistic expectations and clear role descriptions. So commissioning a bivocational pastoral team rather than a solo pastor is likely the most effective way of keeping pastors connected to a daily mission field and encouraged in their church ministry.

Bivocationalism can be for a number of reasons and will look different for everyone. In my own church, we have a large pastoral team, but each of the pastors also holds a job elsewhere–some at a training network developed by our church several years ago, some in the secular marketplace, and one is even employed by the music school he began as a ministry to his neighbours.

Do you have examples of bivocational ministry? What could it look like in your context? What are other reasons to give this model a try, and what are some of the potential pitfalls? Leave a comment here, or email me anytime: cmorgan@cbwc.ca.