When I think of expressions, I think about what characteristics, qualities, nuances I see in faces, in architecture, and in gardens; sounds, notes and layers I hear in music; interpretations in how a theatre production is staged, costumed, acted.  We have all heard different artists express themselves uniquely, though singing the same song. Their own personality–their own emphasis–comes through and speaks to some vividly, while others prefer another artist’s expression of that piece.

Kingdom expressions, I think, are similar.  How one group worships on a Sunday gathering can be completely different than how another group worships and yet they both connect with the Father, sense the moving of the Spirit, experience the liberty of Christ.

One group amongst us holds worship services outdoors when they can.  When the weather doesn’t permit, they gather in homes, not just on Sunday, but during the week. They pray together, perhaps sing, tell the stories of the Gospel together.  This is their expression of being gathered church.

Another group gathers around a common struggle.  They hear scripture, pray, cry, repent, are encouraged, embraced and loved while they work together towards healing and wholeness.  The delivering justice of God brings the presence of the kingdom right where they are broken and open.

For both of these groups, an expression of church that we might consider traditional would not work, so why try to peg them into it?  Each of these are expressions of the Kingdom of God that is marked with peace, hope, love, joy, freedom from oppression, compassion, mercy, justice, salvation— belonging, believing, becoming.

Both of these gatherings grew out of the particular community itself. Faith engagers entered in and discovered where the community lacked hope, mercy, justice, healing, and began to develop an expression of the Kingdom of God there that was relevant and effective to that place.

Is it an area of economic disparity?  High crime? Wealth but isolation?  An area high in single parents? Marginalized? What is that community already doing together, if anything?

In every one of these situations, there are tangible ways to bring an expression of God’s kingdom.  One group I know is going into schools and asking them what they need.  And then figuring out how to help meet that need.  In one case it’s a breakfast program whilst getting to know the kids; in another it’s someone to model positive values and morals to fatherless teen boys, the school staff so broken by the pain they see in these kids, that even those who don’t know Christ see there is something attractive in the Christ disciples who come to serve. 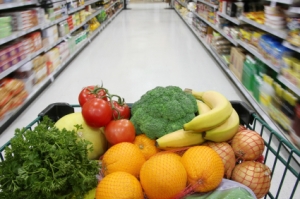 I read an article of a group of Christ disciples in the southern states who moved into a particular community and discovered there was no local grocery store.  The community was poor and most did not have transportation to take them to an area with a full store, so they mostly shopped at the local convenience store, feeding their families overpriced, under-nutritious junk.  So the group decided to open up a green grocer, even though business people told them it would flop, it wasn’t a viable plan.  But they did it anyways.

As Jesus community, they pooled their resources and rented space, bought good food, volunteered to staff it and became a beacon in that community by providing, teaching and giving food when the situation arose, to families who only want to provide for their kids.  Salt and light: expressions of the Kingdom being developed in a neighborhood.

When Jesus was looking to develop a faith community, He used stories that suited that community. He used language and situations familiar to His listeners.  He brought expressions of the Kingdom right into their context and culture.

Expressions of the kingdom of God look like something.  They are beautiful, tangible, generous and other-serving, and they are relevant to those to whom the Kingdom has yet to be made known.

In the context of church planting, thus far, we have suggested that if we are thinking like faith engagers, who also think like developers (see part II), we first see what a community needs developed within itself. Then we discover, by relationally becoming acquainted, how the Kingdom of God can be engaged and expressed there.

Next time, How do we know what community to develop?

4 thoughts on “What ARE we planting? Part III – KINGDOM EXPRESSIONS”