A farmer went out to sow his seed. As he was scattering the seed, some fell along the path, and the birds came and ate it up. Some fell on rocky places, where it did not have much soil. It sprang up quickly, because the soil was shallow. But when the sun came up, the plants were scorched, and they withered because they had no root. Other seed fell among thorns, which grew up and choked the plants. Still other seed fell on good soil, where it produced a crop—a hundred, sixty or thirty times what was sown (Matthew 13:3-9). 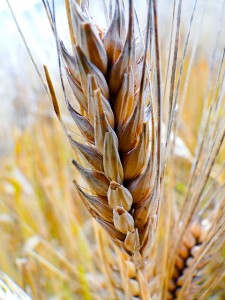 I had the privilege of being involved in a Church Plant in an area where farming  occasionally collided with oil/natural gas and logging interests. I developed a deep appreciation and awe for my friends who farmed and ranched. I remember speaking with a farmer who professed to be an atheist.

After listening to him for a while I smiled and said, “I think you have way more faith than I do.” He laughed as I continued: “In the springtime you invest tens of thousands of dollars on preparing the soil, seeding, fertilizer, fuel, and maintenance. Then, after spending all that money you sit back and wait, hope and trust for a good harvest – friend, that’s faith!!”

Wilson Geisler wrote a great article, “Glorifying God through Church Planting,” sharing how God pours Himself into people who invest themselves into the lives of others – for God’s glory, and Seth Godin shares a few intriguing thoughts in this article: “Planting, harvesting and your fair share.”

We on the CBWC Church Planting team would love to hear some of your stories on faith, planting and harvesting – please drop us a line! Praying for God’s best for you as we co-labour in the kingdom.